Bruneck Castle was built in the 13th century by the Bishop of Brixen, Bruno von Kirchberg, and thus the foundation stone of the town of Bruneck was laid. Another important bishop mentioned is Albert von Enn, who contributed to the extension of the castle in about 1323. He also had the town walls, the four town gates and the moat built. The castle was erected to protect the bishop’s lands, but later also served as a summer residence for the bishops of Brixen. Some frescoes, paintings and coats of arms, as well as the bishop’s princely rooms, still remind us of that time.

Until the 17th century, the castle was extended, expanded and renovated. In 1803, the castle was leased to the government and used as military barracks and a court prison. From this time onwards, no more value was placed on maintenance and parts of the castle complex even threatened to collapse over time. Under Prince Bishop Simon Aichner, the castle was saved from decay and restored in 1900. The renovation work was so extensive that the diocese of Brixen had to sell the lands around Lake Antholz and the associated hunting and fishing rights. 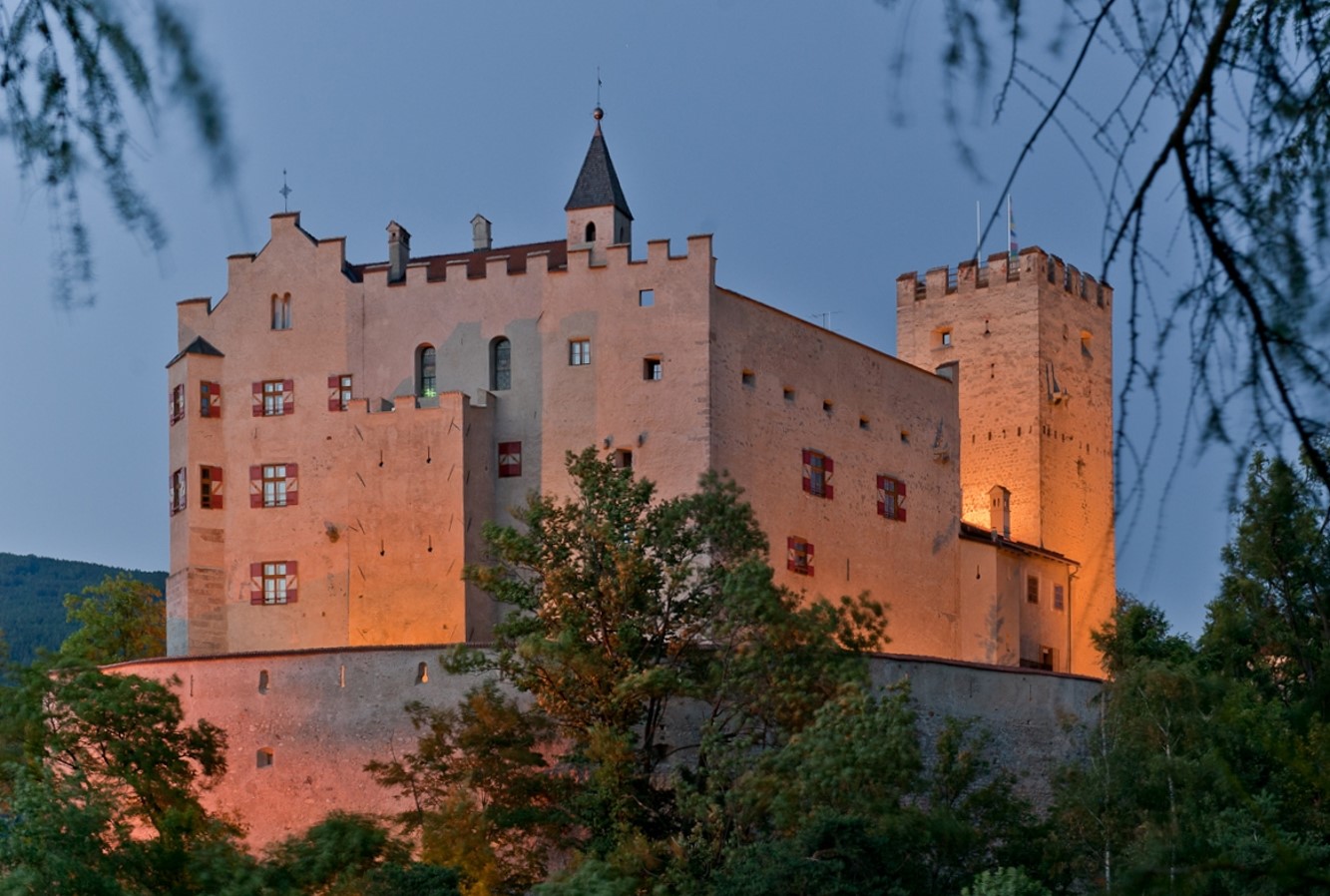 From 1969 onwards, the castle was repeatedly used as emergency accommodation for schools until this was no longer possible for safety reasons.

In 2004, the South Tyrolean Sparkasse Foundation bought the castle from the bishop’s properties and enabled the town of Bruneck to use it. The mayor at the time, Christian Tschurtschenthaler, was able to convince the extreme mountaineer and adventurer Reinhold Messner to establish one of his museums at Bruneck Castle. After several years of renovation by architect Gerhard Mahlknecht, Reinhold Messner opened his fifth Messner Mountain Museum in 2011.

We are pleased and proud to be part of the history of Schloss Bruneck with our Alpshop Pustrissa.

In the Messner Mountain Museum Ripa, Reinhold Messner talks about the culture of mountain peoples from all regions of the world. Embark on a journey full of impressions and discoveries, experience the unique world of mountain cultures.

Combine this experience with a visit to our shop and let yourself be seduced by the delicacies of the mountain region of South Tyrol.